A few years ago I began writing generative art, my first exploration of art for art’s own sake.

I am an engineer professionally. In engineering work an argument based on constraints and goals readily observable by anyone can be made for the merits of most decisions. There is limited disclosure of my opinions and feelings in an engineering result.

In contrast, when I sit at my desk and try to “write art”, I cannot deduce the next step from anything outside of me. Yet I have to apply some process to take any step at all, so in theory the result is capable of betraying a lot about me as a person.

In the beginning I sometimes happened upon an idea I liked while writing a piece, but felt the idea was too simple to be interesting or contribute anything new to generative art. I tossed these ideas aside and looked instead for something I thought would measure up to standards. After all, I wasn’t looking for just any result. I was looking for a great result.

I consistently craved to work on new pieces, but every single time I felt unsatisfied at the end of the session and increasingly frustrated with the entire practice.

Many processes can transform a blank canvas into a painted one without the need for introspection. My process was similar to standing in a chorus and moving my mouth without lending my voice, and I was oblivious to why this left me unsatisfied.

I missed the point entirely. I don't read books just to turn their pages or open and close doors for the benefit of the doors, but I did spend a year creating art for the sake of the canvas, art I was personally indifferent to. I didn’t understand that when making art, the canvas is not the only thing that’s supposed to change in the process.

On a late night debugging some compute shaders for an overcomplicated simulation piece, my frustration with making unsatisfying art came to a boil. It had been days since I saw pixels; I was only working on the simulation framework.

ghosts; 2018
A raymarch shader I wrote. Raymarches are complicated and I hate writing them.

I sat back in my chair and wondered why I had even started the project. I didn’t care about simulation art. I didn’t want to do the tedious work of building a GPU pipeline. I could not avoid realizing that the imagined standards of others had achieved such a grip on my process that not only did I take actions to comply with them, but I even regulated my thoughts on their behalf. What I wanted personally and what I imagined I ought to want were incoherently muddled.

That night I deleted the simulation code and rendered what I sincerely wanted to. It turned out that all I wanted was polygons arranged arbitrarily with a simple discrete color palette. The piece was simple. Anyone could have made it. There are many pieces like it. It overcame no difficulty and explored no new ground, but I sincerely wanted to make it and I did. 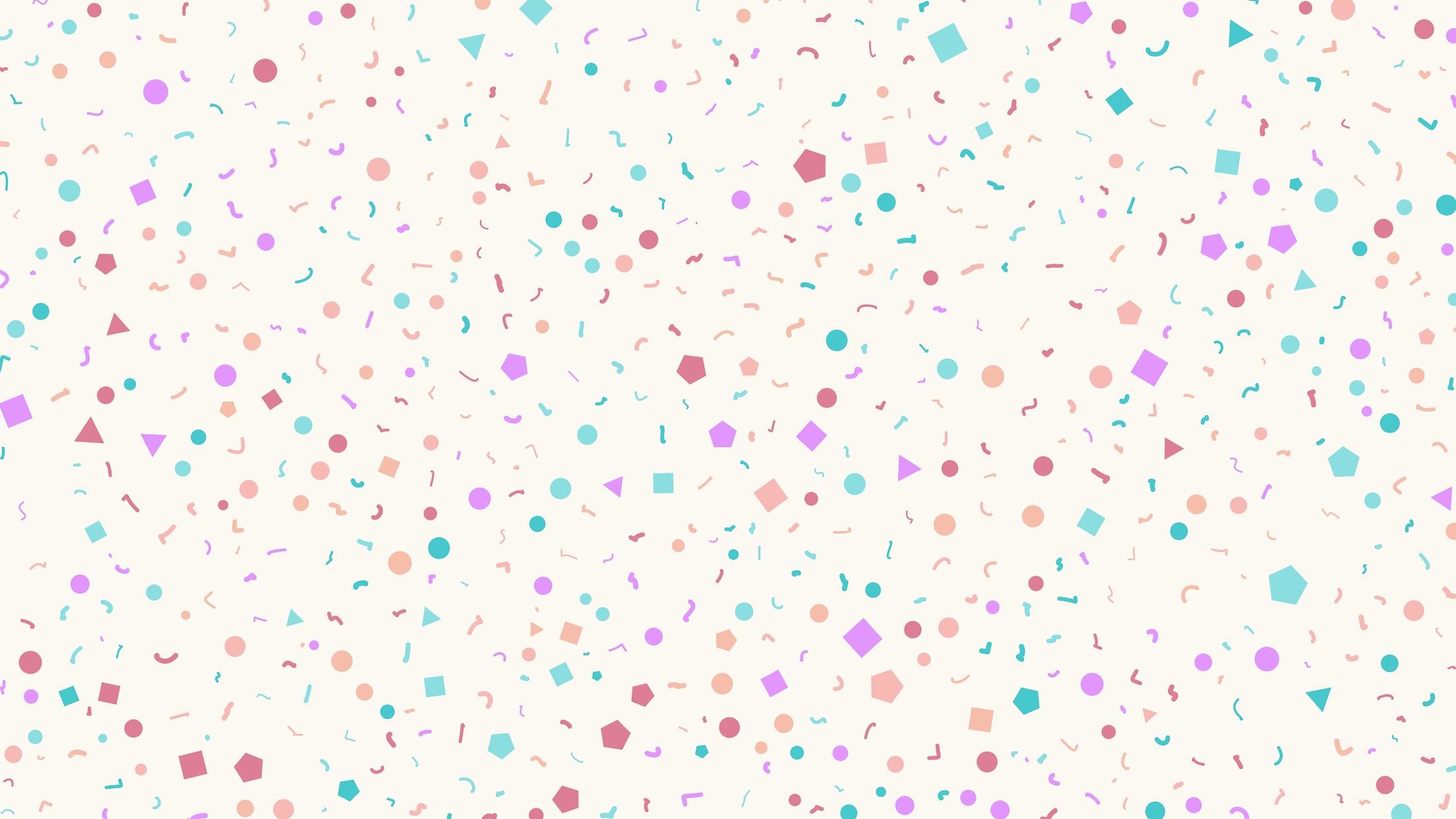 wrapping paper; 2019
The polygons I wanted all along.

I realized in retrospect that a fear of appearing to others as simple, derivative, or deluded was what inhibited me from even privately acknowledging what I wanted to make. The unfamiliar vulnerability of sharing art with others brought with it an urgent need to prove myself to no one in particular.

I wrote more pieces I sincerely wanted to make. As I did I learned to listen to an internal sense of direction I didn't realize I had, first in the comparatively trivial activity of writing generative art, but gradually in more areas of my life. A healthy balance between internal and external direction offers something special in terms of not-being-in-internal-turmoil that utter surrender to either just cannot.

expansion; 2019
I absolutely wanted to make this.

Improving my ability to listen to my own feelings has revealed to me that I have feelings and opinions about nearly everything, in real time. Not all of these opinions are valuable of course, but some are.

I am grateful to have found the generative art community. It is one of the most wholesome and supportive communities I have ever belonged to. It introduced me to the process of making art from where I stood – I was just looking for a way to practice algorithms and optimizations – and through it I have learned lessons about being a human that a person with a "pragmatic" disposition basically needs to be tricked into learning. Sharing artwork has been a formative experience and thanks to this community, it’s been a fulfilling and worthwhile one for me.